NEC Birmingham – Traffex is the leading UK event for the traffic management, road safety and transportation industry and Siemens had the prime location in front of the hall entrance.

The brief was to reinforce their position as market leader in the traffic industry with launches of new equipment and technology. With the option of designing either single story or a double deck stand we provided both options. Although both were well received, it was decided to move forward with the single story option.

The design incorporated 6 product areas a central dome structure to house lighting which spanned over the hospitality area. The front housed a large video wall which was very prominent viewed by visitors as they entered the hall. Further video footage was streamed to 4 large screens set into the display walls facing into the isles.

The large fascia’s with branding and messaging at high level encompassed the stand and ensured prominence and visibility from around the hall.

Thanks for your support with Traffex. It was a really successful show for us this time around and we received some fantastic feedback about the stand design. 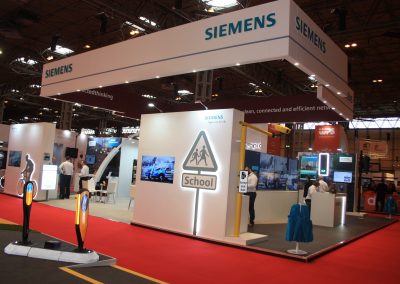 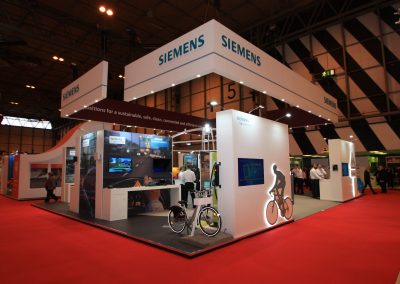 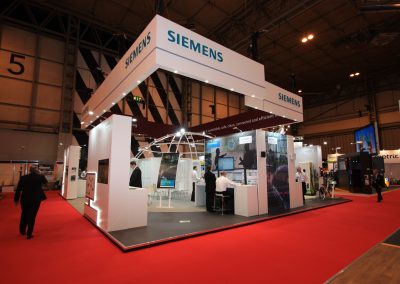 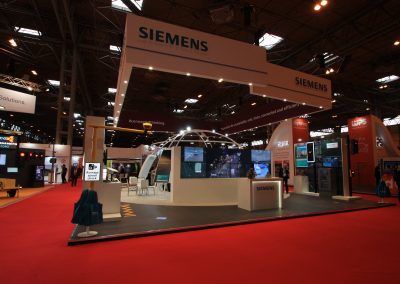 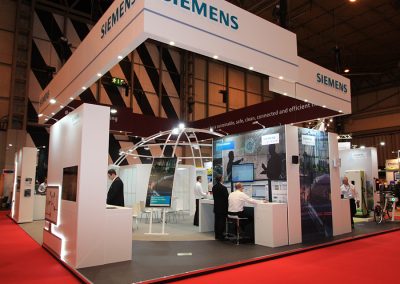 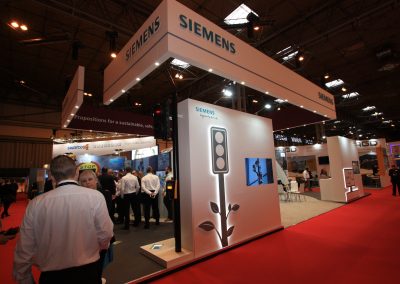 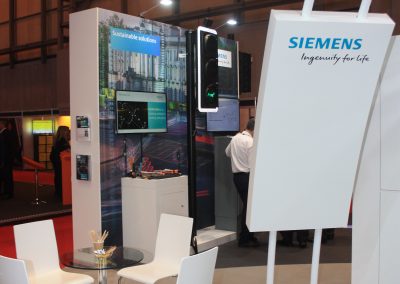 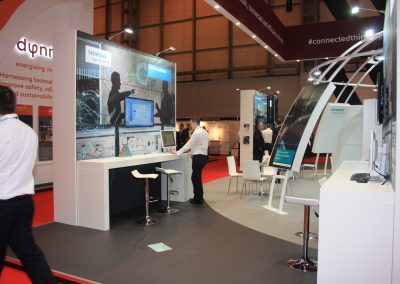